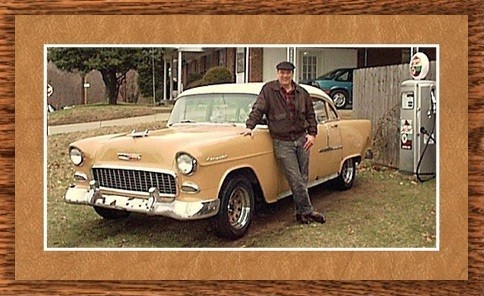 For the past several years I have been a free-lance writer and a political/environmental activist in southwestern Indiana. To view some of some of my recently published columns see the links to text documents below. I recently obtained my Indiana Life and Health Insurance license. In the past I have been employed as a communications specialist for a federal agency in Washington, D.C., a political consultant,  in corporate travel sales and several other capacities. Here is my Resume  and a listing of my various political activities over the past several years.

In April, 2010, I spent 23 days at Haiti Christian Orphanage in Petion-ville, Haiti.  I have written two articles for publication about the experience.

In early 2003, I was instrumental in the formation of the Vanderburgh County Taxpayers Association.  This group was the organized opposition to a $70 million, seven-year tax increase refereudum offered by the Evansville Vanderburgh School Corporation in April, 2003. Since the referendum, we have closely monitored the activities of the E-VSC and the Board of School Trustees and other units of local government.  I served as president of the organization through April, 2008. In October, 2007, VCTA joined with numerous other local taxpayer groups throughout the state to form the Indiana Property Tax Repeal Alliance. In mid-November, 2007, several members of the Alliance had a 90-minute meeting with Governor Mitch Daniels in his office in the Statehouse in Indianapolis to discuss property tax issues.

Since September, 2007, on Monday nights I have been volunteering at Media Ministries Dream Center over near Garvin Park. At the Dream Center, we provide nutrition, recreation and values education to over 100 young children from inner-city neighborhoods.  I routinely teach the second and third grade boys during our classroom breakout sessions.

I have a trained baritone voice, play the drums and put myself through college many years ago as a professional musician. Here is a short wave file of my voice!

Most recently, I have gotten reacquainted with a group of fabulous musicians are we are calling ourselves

It is an interesting story.  Some 34 years ago, the three of us -- Brian Hunt on piano, David Schnerr on bass guitar and myself on the drums -- played one engagement at the Petroleum Club on the 17th floor of the Old National Bank tower on New Year's Eve.  After the job, we promised ourselves we were going to get together again but as fate would have it, it never happened.  Fast forward to about a year ago when Brian was playing a solo performance at the home of Harry and Linda Georges (Harry by the way generously gave us the above photo) and Dave and I were in attendance.  After countless phone calls, discussions and prodding by their wives, we finally converged one day at the music rehearsal room at Methodist Temple Church and discovered the old magic is still there.  We were engaged to perform a 45 minute set at the Jazz, Wine and Arts Festival sponsored by Kenny Kent Toyota/Lexus and the Growth Alliance of Greater Evansville.  We performed again in the 2009 jazz festival under the name Trio Jazz with sax man Roy Carter,  vocalist Barbara Santora and vocalist J. R. Schembre with her husband Danny.

Several years ago,  I joined the  Evansville Philharmonic Chorus.  In November, 2000 we performed Mozart's The Marriage of Figaro.  In March, 2001 the chorus performed Beethoven's Missa Solemnis, a work which the composer considered the "crowning achievement" of his composing career.

Some of our chorus members toured Italy (Rome, Bolsena, Montecatini,  Florence, Siena  and Venice) June 1st through the 9th, 2002. I have written an historically annotated journal of our entire journal.  Feel free to take a look at my entire Journal of Italy complete with pictures.

In November, 2002, I was among the chorus members who appeared in two performances of Puccini's immortal opera La Boheme to sellout crowds at the Victory Theater.  Here is an image of me and handing out some commemorative Christmas tree ornaments I made for the children who performed in this outstanding show.  You can read about their performance in a newspaper article that appears below.

Also, during 2002 I persuaded the City of Evansville to begin discussions pertaining to the complete cosmetic restoration of Garvin Park.  The announcement of the proposed project occurred when Mayor Russell Lloyd joined other community leaders in a tree planting ceremony dedicated to the victims of the September 11 attacks (see linked newspaper article Garvin Park Invitation below).

You can find me marketing vintage automobiles, antiques, collectibles, fine musical instruments and other items on

LINK .  Let me know what you think about my page. Send mail by clicking here.

Voting in a funky mood

Tea Party issue are not Trivial

Israel -- A Nation of Contrasts

Bethlehem losing its Christian base

Its time for an Evansville strategic plan

In September, 2001 I entered a manuscript into the annual writing contest of the Ohio River Writer's Guild.  I was awarded second place in the non-fiction category.  Here is Fond Memory Inspires a Return Visit to a Favorite Rural Paradise. It relates to the newspaper column about a farm I visited as a child entitled A Fond Memory of My Youth.   And here is yet another nostalgia piece I wrote many years ago about the demolition of the L & N Train Station.